Our trip to the Rhône Valley to taste the 2010s

Last week, I was lucky enough to join the Bancroft team on our annual tasting trip to the Rhône Valley. We arrived at Gatwick bundled up in our winter thermals in anticipation of the near-arctic conditions promised by the famed ‘Mistral’ wind. However, we were soon stripping off layers as we stepped off the plane to be greeted by blue skies and warm sunshine, which was to last all week. With our collective disposition as sunny as the weather, we put our tasting hats on and set about sampling everything that the 2010 vintage had to offer...
Beginning in the Northern Rhône, we first paid visits to François Villard and Pierre Gaillard in Condrieu. These two great friends are chalk and cheese when it comes to their approach to wine-making, and engage in a bit of spirited competition by using two adjacent rows in the same vineyard plot to show off their differing styles in their stunning premium Vin de Pays, entitled ‘Seul en Scène’ and ‘Asiaticus’ respectively. Despite their differences, they do agree on one thing: 2010 is set to be the best vintage of the last 20 years – at least! 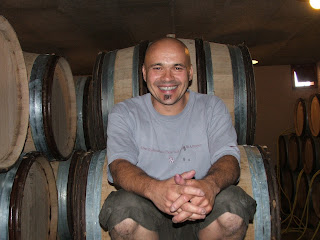 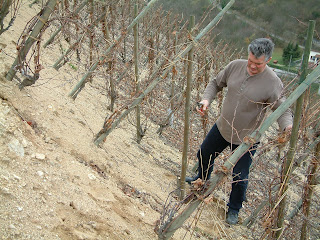 We rounded off day one with the wonderfully meaty wines of Domaine du Colombier in Hermitage, and an impromptu game of “Guess the vintage” (I won, but only because my rudimentary French allowed me to overhear the answer!)
As we made our way around the Southern Rhône, it became clear that we were tasting a very special vintage indeed. From Domaine de la Mordorée in Tavel, to Clos du Caillou in Châteauneuf-du-Pape, to Domaine Santa Duc in Gigondas, the producers all expressed the same delight at the phenomenal balance and freshness of the wines of 2010.

In many respects, it didn’t get off to the best of starts – a cold winter followed by a cold spring led to quite significant coulure. Yields were down by an average of around 20%, and as much as 40% in the south, where the Grenache was hit hard. Christophe Jaume of Domaine Grand Veneur showed us striking images of some extremely sparse bunches of what he called “the smallest Grenache berries I have ever seen”. The upside of this was an outstanding increase in concentration of flavour in the grapes.
Summer followed with near perfect conditions between June and September: hot days and cool nights, but without the extreme heat seen in powerful vintages such as 2009. The grapes were therefore able to achieve fantastic ripeness, but at a measured pace and retaining terrific acidity. It is this gentle, integrated acidity that lends the wines the defining characteristic of the vintage – tremendous balance with an incredibly uplifting freshness. The wines of 2010 will be very approachable in their youth, but with the depth and structure to lie down for a long time to come. 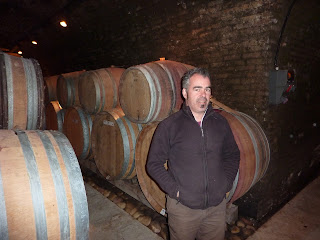 There were many highlights along the way – a misguided foray into the beautiful Dentelles de Montmirail as we searched for an open restaurant not the least of them – but for me the star was the delicious CNDP Blanc Les Safres, from Clos du Caillou. Beautiful tart apricot and Brazilian barbecued pineapple flavours, a creamy texture, and an intensity that had every part of my palate dancing with delight. 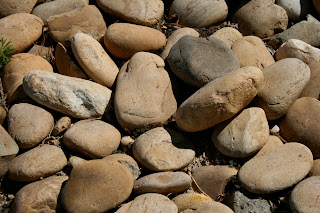