Win(e)ding off the beaten track: Matosevic and Simcic in 48 hours

Last week Bancroft's Alex and Neb headed to Croatia and Slovenia with a group of trusty, enthusiastic, wine-trade clients. Over 48 hours they visited our esteemed producers Marjan Simcic and Ivica Matosevic.

Here's more of what they got up to. Alex Harper reports... 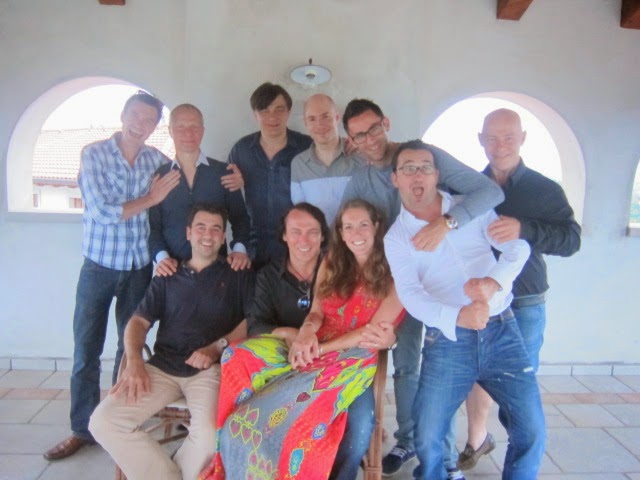 This was a wine trip like no other. It would take us through 3 countries in 48 hours visiting the lesser known premium production regions of Goriska Brda in Slovenia and Istria in Croatia. It was to prove to be a lesson in passion, art, and for our part, endurance as first Marjan, and then Ivica opened their arms and their wine cellars to us with exceptional generosity.
It was hot in Slovenia when we arrived to the beautiful green hills of Goriska Brda, a hill shared with Collio in neighbouring Italy. Marjan was swift to see us refreshed with chilled glasses of Ribolla. This is a local grape variety which is neutral and all too often uninspiring in the wrong hands, however in the hands of Marjan it became a rich, savoury and textural wine with beautiful freshness. Perfect for reviving the somewhat jaded travellers. 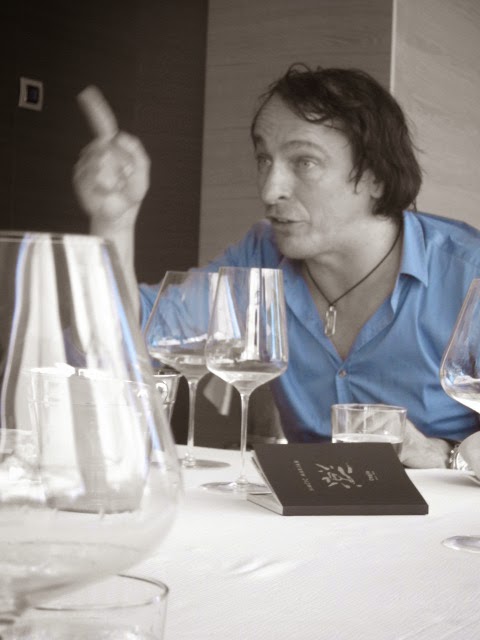 The wine tasting was integrated with lunch, a lovely way of showcasing the wines as they should be drunk; with fresh local ingredients. Throughout lunch we were all held captivated by Marjan's fierce passion for his land and his soil, with his wines as the ultimate expression of that. His Pinot Grigio for instance; long a variety that has been abused by the bulk producers, did not have the all too familiar pear drop aroma's of cold fermentation, but is a rich, concentrated wine that is fermented at a warm 18-20 degrees with wild yeasts followed by 8 months on the lees. As a consequence it has depth, complexity and length. Skin contact, or ‘skink contact’ as he endearingly puts it, punctuated by banging the table with his hands to emphasis it's importance, is central to the glorious weight and structure of his wines. Though Marjan practices biodynamics he is not interested in making a big song and dance about it. He believes that he has simply found the best way to care for his vines in order to obtain the strongest sense of place and highest quality that he can.  The fact that this is through biodynamic means should not be stealing focus from the wine itself.  Marjan is refreshingly humble, yet with single minded determination and vision; for once the usually rowdy bunch of sommeliers and buyers were quiet, hanging onto his every word. 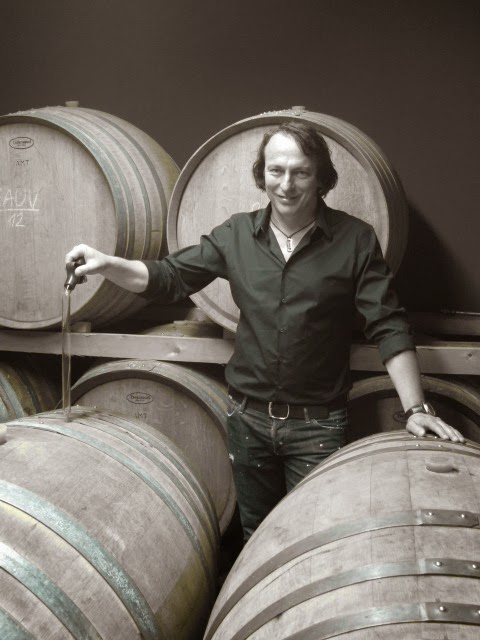 Marjan produces three tiers of wine, the classic, the selection and the opoka (named after the specific soil of that vineyard) and it was great to see individual favourites coming from all 3 tiers; the Classic Pinot Grigio, the Ribolla selection (seductive spiced richness with a long textural finish and juicy acidity) the Opoka Sauvignon Blanc - a barrel fermented Sauvignon of epic intensity, concentrative and integration, and the Opoka Merlot (inky black depths of velvet dark fruit and mysterious spice.)   Call me a snob but I never thought I would rate Merlot, Sauvignon Blanc and Pinot Grigio among my favourite wines! 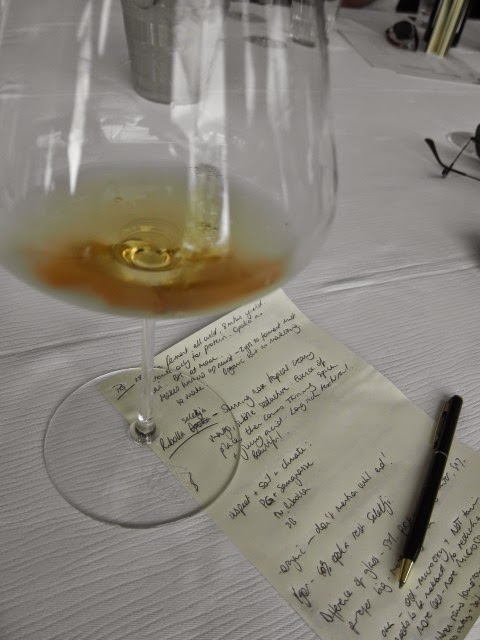 The tasting of different wines and vintages continued into dinner at Marjan’s house, and finally, as one of Slovenia's top dj's began to spin some heavy beats (and looked mighty confused when I asked him to play Neil Diamond) we were introduced to Leonardo, Marjan's famous desert wine made from Ribolla. It was an added pleasure to drink it with Leonardo himself, Marjan's delightful son who inspired the wines creation.

And with that we ticked Slovenia off our list and after a scant few hours sleep we hit the road; destination, Croatia.

Croatia's northern coastal wine region of Istria is wildly beautiful with jagged cliffs and turquoise oceans, and it was down at a small jetty on the river that our journey through Ivica's wines began. Starting on the peer, oysters being shucked next to us, sun beaming down and bouncing off the water, we started on his Traditional Method sparkling wine – 90% Chardonnay, 10% Malvasia.  This is a new project that Ivica started a few years ago and it was interesting to taste his first two vintages side by side as he explained the lessons he learnt at each turn 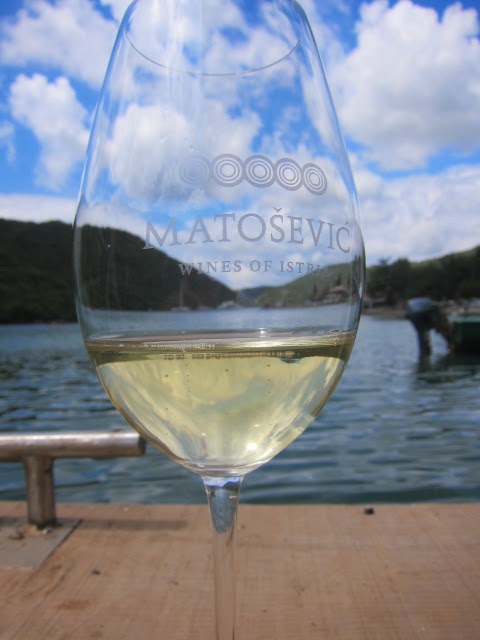 In stark contrast to Marjan, wine making does not run in the Matosevic family. This has allowed Ivica, unshackled by family tradition to experiment to his heart’s content. Affectionately known as 'Dr Malvesia', Ivica is a doctor of oenology and his passion is Malvasia in its different guises. We were to taste young, crisp intense Malvasia, rich, nutty, savoury 14 year old Malvasia, smokey fresh barrique aged, floral and bitter almond Arcasia aged and stunningly complex oaked blended Malvasia.  A Malvasia masterclass by the good doctor.  As in Slovenia, these wines were also served to us in conjunction with a spectacular array of local fish including shark belly and shark liver pate. 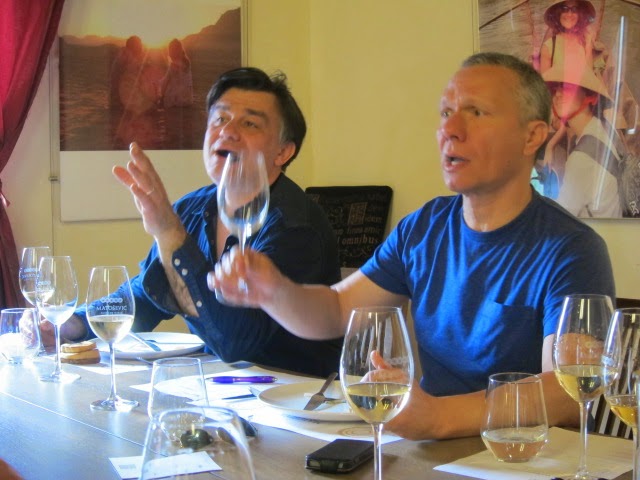 With his relaxed manner and disarming smile it was a delight to taste with him, his 'heart on his sleeve' manner and genuine interest in our opinions and feedback proved that behind the easy charm is an intense desire to keep learning, to keep pushing the boundaries and to keep improving.  The fact that he wanted to show us library wines in all stages of development because it is a fascinating intellectual exercise in the life cycle of this variety rather than it being a 'hard sell' exercise made it all the more pleasurable. Very rarely will a wine maker have the confidence to show you wines that are ‘over the hill’ because it is interesting. 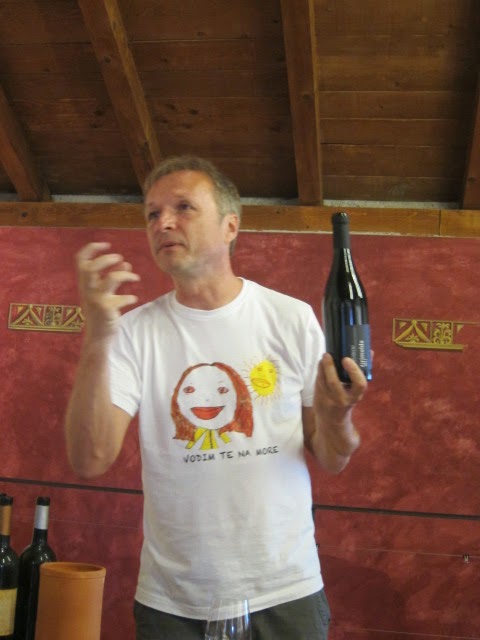 Ivica is not confined to white wines – he also makes a lovely red blend – the Grimalda red. It is a blend of 80% merlot, 20% a local variety called Teran. His latest vintage however is pretty much 50/50 and it was fascinating to see the difference the extra Teran had on the wine. It moved it from a rich, chocolatey wine to a vibrant crunchy, fresh and complex wine. The higher proportion of Teran definitely received a thumbs up from us. At the end, for a bit of fun we also tasted his ‘port’ style wine, to much hilarity this had our Portuguese MS up in arms!! 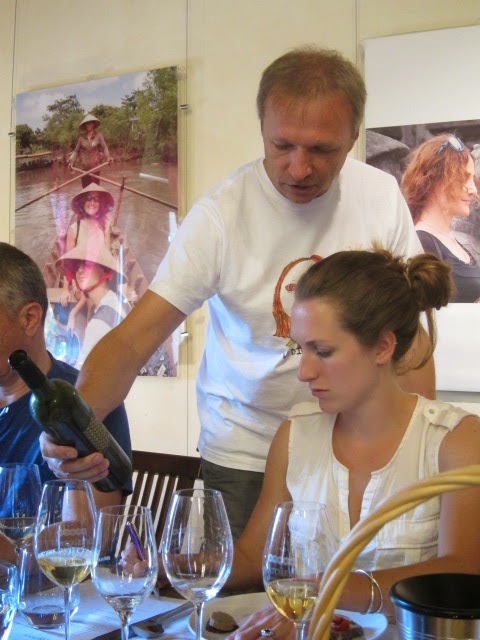 And so we were reluctantly forced to leave Ivica’s beautiful wines and head back to the Italian border to catch our flight home; exhausted to a man but buoyed by all we had learnt and tasted in such a short time. 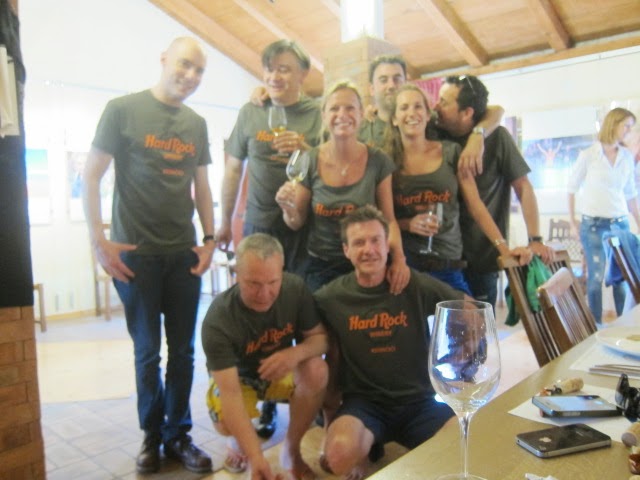