In attendance: Amy, Alex R, Martin and Stephen
Another Wednesday. Another bottle of wine. Or two. Alex is off for a week to Orkney tomorrow and already we have had to reschedule next week's Wine Wednesday for a Thursday to coincide with his return. Perhaps unsurprisingly then, he was in a holiday frame of mind and as we headed to our normal lunchtime venue, that infectious spirit spread to us all.  By the time we reached Maltings Café there was some steam to let off – we (and London) have been through a lot over the past few days and the tension needed to give.

It’ll come as no shock to you that the boys were in awe of their food, their £8.50 steaks, which were ‘high quality and cooked to perfection’ according to Alex and ‘the best lunch yet’ for Martin. With the welcome addition of Stephen this week and having managed to finish our bottle of white wine before the food even arrived, our holiday had begun. We loved that white wine because, well ‘it’s just wine isn’t it?’ said Martin.
The white was 2010 Santiago Ruiz Albariño (£11.54 per bottle) from the north west of Spain, from the DO of Rias Biaxas. Rapidly becoming a cult varietal, this example offered up notes of lemon sherbert with concentrated apricot, peach and citrus flavours. Its wonderful rounded mouthfeel lends a certain seriousness and weight. What a delightful palate freshener!

The red partner was a real treat and, as it turns out, an absolute genius match to the steak! 2008 Hay Shed Hill Cabernet Sauvignon, Margaret River, Australia (£20.90 per bottle).  As we all know, reds from Australia can, if handled badly and on an industrial scale, become over concentrated, jammy and lacking depth. But head for the western coast and you will find the region of Margaret River. Here you will experience a climate more in keeping with the classic wine regions of France. Perfect! The Cabernet Sauvignon was concentrated yet handled itself perfectly. It was fresh, had piercing cassis and cherry notes yet had none of the chocolate richness which can often be found in Aussie Cabernet. A fresh note of eucalyptus filled the glass to remind you of the wine’s antipodean routes. It was a stunning wine. 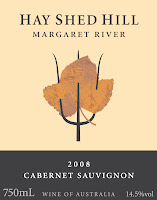 I am off to the Picos de Europa in Spain the week after next to walk up some very serious mountains. (Yes, that’s right, no blog for a whole week!). The boys mocked me (a lot and a bit unfairly) about strolling up some hills and Martin kindly went out of his way to warn me of the prolific Picos Gopher. Apparently, I am to be on high alert all week. Perhaps I need him to come and protect me? Perhaps Martin, they don’t exist, but you do a good impersonation.
No desire for pudding or coffee today, instead rather a specific craving for Sherry.  'So uncool it’s cool' according to Martin.  So cool the rest of us are already there with you Martin; we went to José's immediately. At José, our local, new, teeny tiny tapas bar (and Bancroft Wine stockist) we began to understand why Bermondsey Street has been called the trendiest street in London - where else would a Sherry craving be sated so well, in a 5 minute walk and by a waitress with pink hair covered in yellow flowers.
If there was a highlight to be taken from today, it is my discovery of a new game. Test your knowledge - of something. My French isn’t good enough to say exactly what.
See you next Thursday.
Written by Amy Ramage
Posted by Claire Scott-Gall