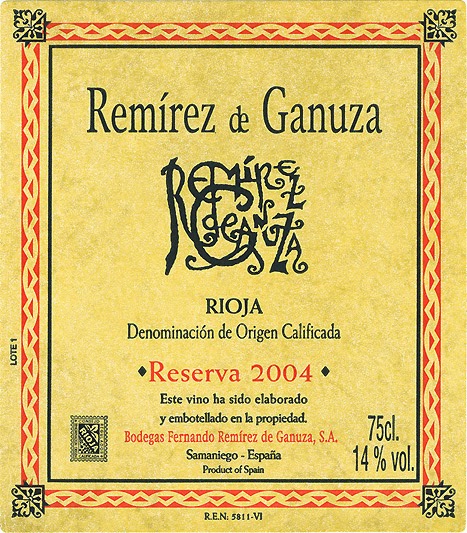 Last week, hot on positive heels from the London Wine Fair, Bancroft headed along to the much coveted 100 point Parker tasting at Hedonism Wines in Mayfair to present our Remirez de Ganuza Gran Reserva 2004.

After a gap of 25 years there was quite a crowd waiting on tenterhooks outside the shop for Robert, internationally renowned wine-critic and owner of the Wine Advocate, all eager to taste the 8 100 point wines on show and to meet the man himself.

Joined by Jose Utrasun and Luis Alberto Martinez from the winery, based in Rioja Alavesa, over 200 happy punters came to taste our wine - and with the tokens stacking up, we proved to be one of the most popular of the evening by far:

Bancroft Wines is delighted to be UK exclusive agent for Bodegas Remírez de Ganuza, an estate which embodies the forward thinking attention to detail that says so much about modern Rioja. The Bodega has received many accolades over the years for their exceptional wines. Indeed, Robert Parker himself once dubbed it "The Latour of Rioja".


Founded in 1989 by Fernando Remírez de Ganuza the Bodega is located in the heart of the Rioja Alavesa. Fernando, previously the largest vineyard broker in the region, now owns 68 hectares of prime vineyard spread across some 100 vineyards. A range of micro climates and an average vine age of 60 years adds concentration and depth to the wines. Rigorous grape selection and minimal intervention during the wine making process have always been major priorities.

Innovation and Remírez de Ganuza go hand in hand- they were among the first Rioja growers to incorporate sorting tables, cold rooms and to utilise the benefits of new oak maturation. The resultant wines reflected a true expression of the vintage and the vineyard, offering a true sense of place. Though the years have passed, the Bodega has continued to progress, incorporating amongst other notable innovations, inflatable bag presses for the extraction of the Trasnocho cuvee.

Only 3,100 bottles of the Gran Reserva 2004 were made - there were only a few that remain in the UK prior to this event, imaginably even fewer now. If you want to snap one up yourself - you now know where to go to get it!

And here are a few photos from the evening...

A happy 100point evening for all involved!
Posted by champagneonthebrain