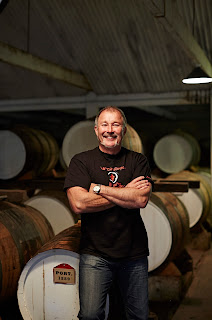 Effective on 1st November 2018, Bancroft Wines is proud to announce their appointment as the UK agents for Seppeltsfield, one of the Barossa Valley’s most iconic estates. Over its 167-year history, Seppeltsfield has built its reputation on the production of exceptional fortified wines and remains the only winery in the world to release a 100-year old, single vintage wine each year.
Established in 1851 by Joseph Seppelt, the winery flourished in the 20th century as part of the Seppelt family’s expanding interests in the liquor industry, which grew to include vineyards and wineries across various Australian regions. The Seppelts maintained ownership until 1985, when the winery entered a period of corporate ownership which lasted until 2007. Seppeltsfield is now owned by Warren Randall - a qualified viticulturist and winemaker who worked for the Seppelt family during the 1980s. Randall has led a Seppeltsfield renaissance by developing its vineyard holdings on the ‘Western Ridge’ of the Barossa Valley and restoring the winery’s heritage listed buildings, including the prized 1888 Gravity Cellar.

Despite its substantial vineyard ownership, Seppeltsfield has only ever offered their still wines from its cellar door in the Barossa. Led by winemakers Fiona Donald and Matthew Pick, they have recently released a range of Barossa still wines to the trade, for which Bancroft Wines will be exclusive agents in the UK. The range includes an Eden Valley Riesling
from the estate’s coolest and highest elevation vineyard, an unoaked Grenache from its prized bush vine Great Terraced Vineyard and a Shiraz from the Barossa’s Western ridge. Bancroft Wines will also be offering a selection of bottlings from Seppeltsfield’s Para Tawny Collection, as well as rare vintage antiquities from the estate’s Centennial Collection.

Bancroft Wines’ CEO Jon Worsley comments:
“Seppeltsfield has been instrumental in shaping the history of the Australian wine industry, and it is an honour to be relaunching their wines in the UK market at such a pivotal moment in the estate’s history. Their fortified wines are true treasures of the wine world, and their focus on quality and authenticity has translated seamlessly into their fantastic new range of still wines. They are the perfect partners for Bancroft and we look forward to working together for many years to come”.

Chad Elson, General Manager Sales & Marketing of Seppeltsfield, comments:
“The UK market played a significant role in the early success of Seppeltsfield - the era of Imperial Preference particularly encouraging the estate’s rise as a supplier of choice for Brandy, Tawny, spirits and liqueurs. Coupled with this historical link, Bancroft’s on-trade and independent retail focus aligns perfectly with our desire to bring Seppeltsfield back to select
markets through quality distribution”.
Posted by Unknown